KidsHealth Pediatrics helps treat bronchiolitis, a common lung infection in children and infants. Call us today or book an appointment online. We Have 2 Pediatric Clinics in Scottsdale AZ and Glendale AZ.


Bronchiolitis affects infants and young children, typically under the age of 2, and is a lung infection that causes the small airways in the lung to become inflamed or congested. Bronchiolitis is caused by a virus, although there are many different types of virus that can cause it, with the peak time for infections being in the winter months. At the initial outset of a case of bronchiolitis, symptoms are very similar to the symptoms a child would have with a common cold such as runny nose, stuffed up nose, cough and sometimes a slight fever. The initial symptoms will progress to include coughing, wheezing and, in some cases, difficulty breathing. In infants, there is also the added likelihood of an ear infection. Bronchiolitis symptoms can last anywhere from several days to several weeks. In most cases, children will get better while being cared for at home but in some cases, children can require hospitalization.


Bronchiolitis is caused by one of a number of different viruses, such as the same viruses that cause the common cold or the flu, of the respiratory syncytial virus (RSV). Viruses that cause bronchiolitis are spread easily from one person to another as they live in droplets in the air that expelled when an infected person coughs, sneezes or talks. Touching objects that an infected person has been in contact with, such as toys, towels, utensils and other surfaces, and then putting your hands to your nose, mouth or eyes, can also spread the virus between infected and non-infected people. RSV is the most common cause of bronchiolitis and almost every child under 2 years of age will come into contact with it at one point. Annual outbreaks of RSV infections happen every winter and a previous infection does not prevent you from getting reinfected as immunity doesn’t seem to happen with an infection.

What are the symptoms of bronchiolitis in children?

Bronchiolitis symptoms typically starts out with symptoms similar to the common cold, such as runny or stuffy nose, sneezing and coughing. After about a week, symptoms can change to a more serious cough, wheezing and difficulty breathing. Some children may also experience a fever and many infants develop an ear infection. Serious cases of bronchiolitis in children can present loud wheezing sounds, very fast and shallow breathing, labored breathing, appearing sluggish or lethargic, refusing to each or drink, unable to eat or drink due to rapid breathing and the skin, lips or fingernails turning blue. When any of these symptoms are present, medical attention should be sought out immediately, particularly in infants under 12 weeks or if the child has risk factors such as a heart or lung condition or was born prematurely.

What is the best treatment for bronchiolitis?

As bronchiolitis is caused by a virus, antibiotics will not be effective in fighting it as they are used to treat bacterial infections. That being said, pneumonia or ear infections can occur in conjunction with bronchiolitis, so your doctor may prescribe antibiotics to treat those as they are infections. For the most part, treatment involves keeping the infected child at home and monitoring them for additional or worsening symptoms while they rest. A case of bronchiolitis will typically last for two to three weeks and clear up on its own in that time. A nebulized albuterol treatment can be tried in extreme cases and may prove to be effective in easing some symptoms. In rare cases a child may need to be hospitalized for treatment such as receiving oxygen in order to supply sufficient oxygen to the blood or an IV to keep the child from getting dehydrated. For severe cases, the child could have a tube inserted into their trachea in order to help with breathing. KidsHealth Pediatrics is here for you and your family, and we help treat bronchiolitis. Reach out to us today to book an appointment and to learn more about our wide range of medical services. We serve patients from Glendale AZ, Scottsdale AZ, Tempe AZ, Mesa AZ, Paradise Valley AZ, and Phoenix AZ.

Additional Services You May Need

Additional Services You May Need 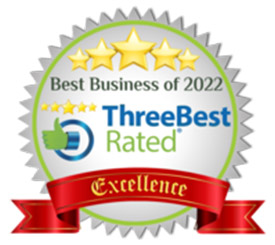 2 Locations to Serve You

*In case of a life threatening emergency, immediately call 911.
**For any medical procedures, patients may respond to treatment differently, each patients results may vary.
***Information on this site is not intended or implied to be a substitute for professional medical advice, diagnosis or treatment. All content contained on or available through this site is for general information purposes only.
****By using this website and sending us your information, you are giving us permission to contact you by electronic and non-electronic means. We also track the conversions and collect user data to improve marketing.
*****If you are vision-impaired or have some other impairment covered by the Americans with Disabilities Act or a similar law, and you wish to discuss potential accommodations related to using this website, please contact us.

2 Locations To Serve You

How may I help you?